Particle image velocimetry or PIV is a non-intrusive laser optical method of flow visualization and diagnostics used for processes like combustion, turbulence, spray atomization and microfluidics.
It is utilized in scientific and industrial applications to obtain instantaneous velocity measurements and related properties in fluids.
The fluid is seeded with tracer particles which faithfully follow the flow dynamics between two light pulses.
The target area in the fluid with embedded particles is illuminated with a light sheet to make particles visible.
The motion of particles is then used to calculate speed and direction (velocity field) of the analyzed flow.
For real-time velocity maps, it is important to select the right cameras and dedicated computing hardware.

An important part of the setup is a suitable camera that should be able to capture each light pulse in separate image frames.

In the past, a CCD sensor based camera was typically used in PIV systems and micro-LIF or Laser Induced Fluorescence.
However, with CCD slowly being discontinued the System integrators are starting to explore CMOS and especially sCMOS based cameras.

To perform PIV analysis on the flow, two exposures of laser light are required upon the camera from the flow.
Originally, with the inability of cameras to capture multiple frames at high speeds, both exposures were captured on the same frame and this single frame was used to determine the flow.
A process called autocorrelation was used for this analysis.
However, as a result of autocorrelation, the direction of the flow becomes uncertain, as it is not clear which particle spots are from the first pulse and which are from the second pulse.

Faster digital cameras using CCD or CMOS chips were developed since then that can capture two frames at high speed with a few hundred ns (nanoseconds) difference between the frames.
This has allowed each exposure to be isolated on its own frame for more accurate cross-correlation analysis.
The limitation of typical cameras is that this fast speed is limited to a pair of shots because each pair of shots must be transferred to the computer before another pair of shots can be taken.
Typical cameras can only take a pair of shots at a much slower speed and while high speed CCD or CMOS cameras are available they are much more expensive. 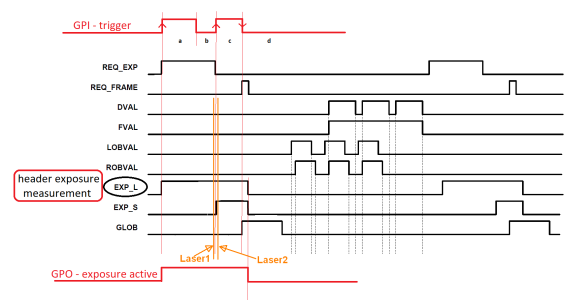 The system price obviously depends on many factors where a significant role is played by the camera choice.
While there are no cheap solutions in case of PIV various camera vendors offer a range of expense grades.

As with any successful technique, PIV has been applied to a variety of flow related tasks, like flow over an aircraft wing in a wind tunnel or vortex formation in prosthetic heart valves.
Basic PIV algorithms operating with cross-correlation can be implemented during a few hours, where sophisticated solutions using Artificial intelligence require considerable expertise and resources.

Where LDV (Laser Doppler Velocimetery) can measure particle velocities one location at a time, PIV method can give a global view of instantaneous velocities in two or three dimensions.
Most of PIV systems that are used provide a two-dimensional velocity data in a planar domain at distinct instants in time.