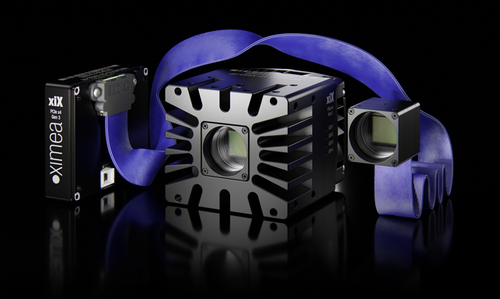 The new models in the xiX camera series from XIMEA make it possible to use the full specifications of fast Sony CMOS sensor versions in the smallest possible footprint.
Their design separates the high-performance electronics of the camera (like FPGA) from the imaging elements like the sensor.

XIMEA has been using PCI Express (PCIe) as a data interface between computers and cameras for many years.
PCIe offers advantages in bandwidth, modularity, low latency and synchronization. Fiber optic cables can be used for long distances (up to 100m) without any loss of data transmission.

In addition, PCIe is currently the most modern universal interface.
Every current PC or Mac as well as the embedded systems such as the NVIDIA Jetson family are based on this technology - regardless of the operating system used.

One of the big advantages of the PCIe interface is that cameras deliver RAW data directly to the system memory for further processing without the detour via frame grabbers.
In addition, multiple devices (as cameras) can be aggregated by PCIe switches into multi camera setups with data transmission over a single cable. This can greatly simplify the setup of multiple-sensor systems.

The high-speed cameras from XIMEA currently support transfer rates of 64 Gbit/s, or effectively 7 GByte/s, using PCIe Gen3 with 8 lanes.
The next step would be to upgrade to PCIe 4.0 which has already arrived to consumer PCs and PCIe 5.0 that is about to be launched.

Both of these new generations of PCIe interface are practically doubling the bandwidth.
Building on feedback and experience, XIMEA has already expanded the xiX camera series in response to requests from several customer-specific requirements and development projects.

The new housing concept with a detached sensor head was originally developed for a project with the following requirements:
Multiple-camera system, Sony IMX530 sensor with 24 Mpix, streaming at full speed above 100 fps, the smallest sensor head possible, no active cooling of the sensor while keeping noise (temperature) as low as possible, and aggregated data transmission to the computer.

The result was a unique camera that allows separating the sensor head from the main camera body.
Due to this feature, the camera resembles a rolled-up snake and because of that the XIMEA team likes to call it "Cobra".

The sensor is housed (can be used as a board level) in its own small package with dimensions of 26 x 26 mm.
The only component that generates the heat in this sensor package part is the sensor itself.

The rest of the camera is detached and measures around 60 x 70 mm.
This 'hot' part, being away from the head has no influence on the sensor temperature, thus it remains 'cool' in the truest sense of the word.

The implementation allows several meters of distance between the sensor and the rest of the electronics.
So, the client can adjust the various degrees of separation by utilizing appropriately long connecting cables, based on the project requirements. 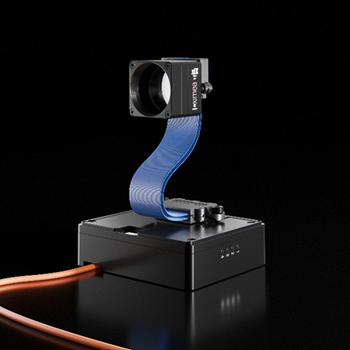 While the sensor needs to be supplied with power, receive commands and return data, only one cable is required - in form of a flat ribbon cable.
In the end, the user receives high quality images through PCIe Gen3 x4 lanes equaling to 32 Gbi/s or:


To achieve these impressive specification the fast versions of 4th Generation Sony Pregius sensors were chosen with the SLVS-EC output.
Besides the maximum frame rate, the Sony Pregius S sensors are integrated with various useful features that they can offer:


The Dual ADC fusion can be done either directly in the sensor or the camera's FPGA, using XIMEA's own implementation resulting in a linear sensor characteristic.
Bonus features that can be added on top of the above include:

For integration projects, especially when using very powerful systems like NVIDIA’s Jetson Xavier, the connection to these GPU modules can be done through a flex ribbon cable.
These cables can also supply the power and trigger pulses unless a longer connection (up to 100m) is preferred using fiber optic cables.

For pilot customer projects, XIMEA has developed a compact carrier board that can directly interface the SODIMM variant of NVIDIA's Xavier-NX, Nano, and TX2-NX modules.
This enables the building of remarkably compact high-performance embedded image processing systems. 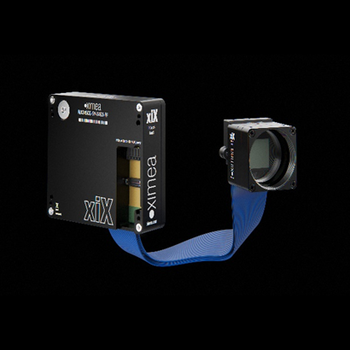 On top of the industrial field, the extraordinary new design from XIMEA has also been successfully tested and utilized in the scientific area.
For example, a comprehensive portfolio of direct X-ray cameras from the xiRay series is offered in various sensor sizes and performance levels.

Until now, the cameras with sensors directly coupled with fiber optic plates (FOP) or tapers had to be actively cooled for maximum image quality.
The detached head structure allows the large and high-resolution sensor (151 Mpix for example) fiber plate and the scintillator to be installed away from the camera body assisting with heat dissipation.

This permits a very flexible procedure of switching the destroyed (through the radiation) sensor head with a new one.
Thus, the procedure leads to significant cost reductions compared to similar cameras without such an option. 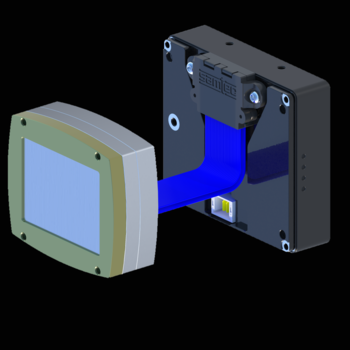 Embedded vision and high-performance cameras are among the beneficiaries of the new possibilities of separating the camera in two parts.
The above described feature, as well as the PCIe interface, is planned to be further developed increasing the performance in aspects like - bandwidth, latency, synchronization and modularity.