Sensor shutter modes can be changed with the xiAPI parameter XI_PRM_SHUTTER_TYPE.
The support of shutter modes is dependent on the sensor's capabilities.

What is Global shutter mode:

Exposure time is too long - during exposure the subject is displaced because of the blurring of the captured image.

Left: Original without movement
Right: Image blurred due to movement

To prevent this artifact a shorter exposure needs to be used.
The exposure time must be short enough so the object projection will not move more than one-pixel distance on the sensor to get the blur of the image under one pixel.

Another solution is to use a dark environment and use a flash with a short light pulse which will freeze the motion.

What is Rolling shutter mode:

Because of the sequential start of exposure lines, the moving object will be deformed.
It depends on the direction of movement:
When moving in direction of lines (horizontal) the image will be skewed.
When moving in a vertical direction the object may become longer or shorter. 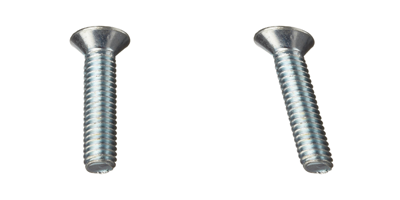 When the exposure is longer, motion blur may also occur. 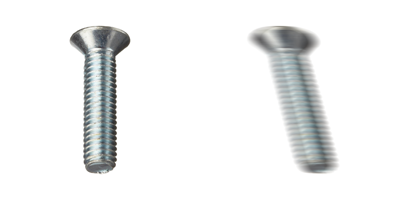 To prevent these artifacts exposure with flash has to be used.
The flash strobe may occur only when all lines are exposed simultaneously.
The delay from exposure start depends on sensor type and readout.

The delay between exposure start and light strobe has to be longer than a frame time at the shortest exposure (1/fps).
This is also limiting the exposure time which must also be longer than the frame time to get a short time slot when all lines will be exposing.

What is the Global reset release (GRR) mode:

Because of longer exposure of lower lines they may be blurred more than the top ones.

To freeze the motion the flash has to be used in a dark environment.
However, compared to rolling shutter the flash strobe does not need to be delayed.

How to Freeze the Motion¶

When moving object (e.g. on conveyor) is exposed with higher exposure time - resulting image will have Motion Blur.
To avoid Motion Blur short exposure times or flash light should be used.

To decrease Motion Blur under one image pixel the following calculation for flash light length can be used:

This is short exposure which may lead to usage of flash light in dark environment.
There shorter bright pulse can produce sharper and brighter image.

Camera models and their sensor modes¶